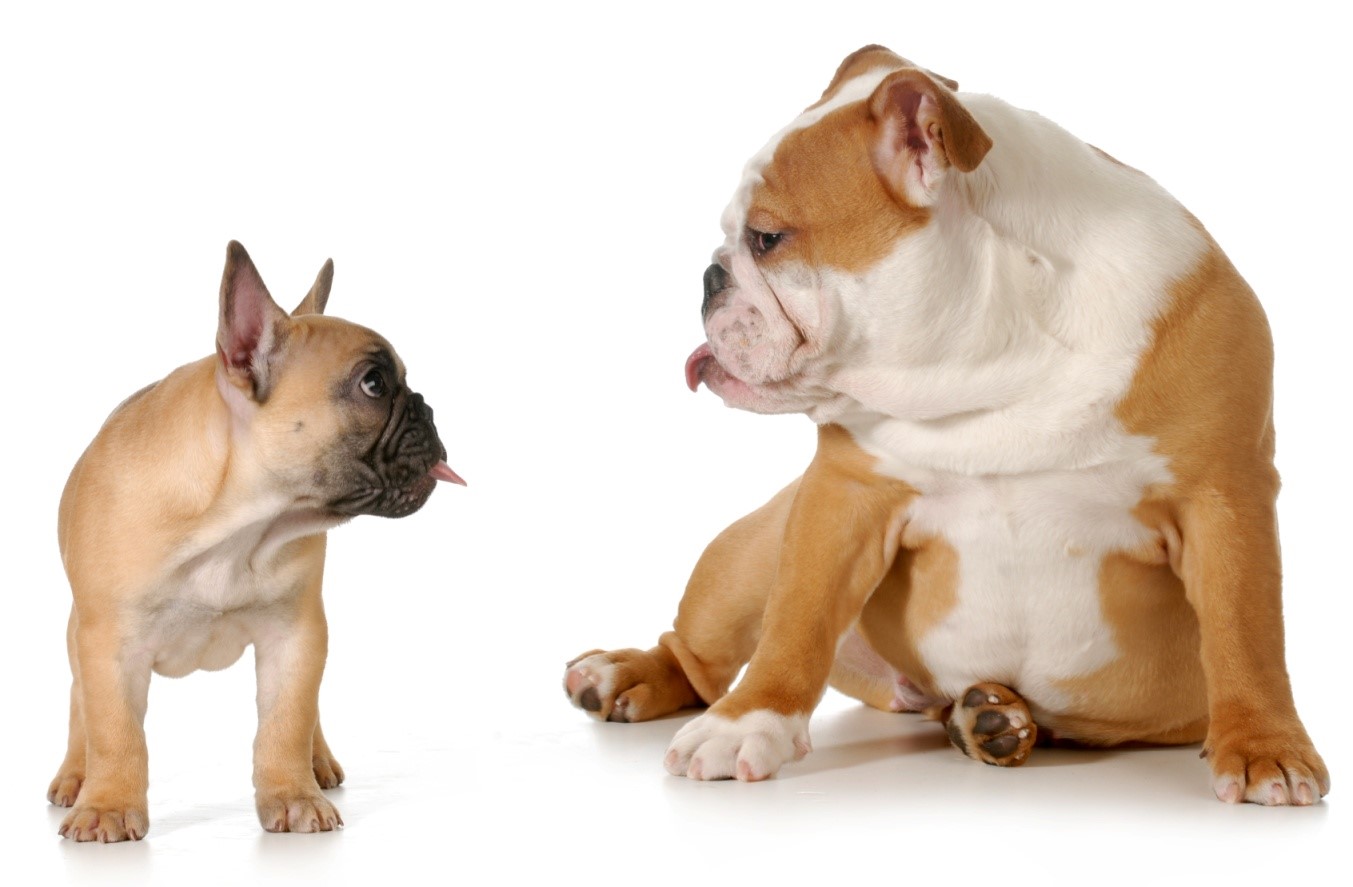 You have heard about many bulldog breeds, but the most popular ones are French bulldog and English bulldogs. If you like square-faced dogs but are overwhelmed with the name ‘bull’ in the beginning, you do not have to be worried about that.

My research says that bulldogs, whether French or English, are Asiatic Mastiff descendants.  Although both breeds originated for bull bating because of their brave and strong demeanors, they have totally opposite personality attributes.

From shortened muscles, square build and undershot jaw, to large eyes, both English bulldog and French bulldog appear formidable.  The breeds are similar in terms of big softies, heavy breathing and drooling. With their patient and gentle dispositions, both dogs have become popular breeds in the world.

When it comes to underlying differences between a bulldog and French bulldog, there are many.  The difference in the country origin is inevitable, which shapes their temperament and size.

I personally feel that an English bulldog is a classic bulldog.  Big head, short legs, wrinkled face, wide stance and stocky body are what make it a strong dog. Initially I used to get intimidated by the grumpy personality of my Frenchie, but after spending some time with it, I was totally won over by its gentleness.

Not only is this breed an attention seeker, but it is also quite protective when it is around its owner.   There is no denying that it makes an amazing guard dog.  The determined and bull-headed personality of the bulldog is quite persistent as it does not give up easily.

French bulldog, however, is the smallest breed among three bulldogs.  From the sturdy body, cute wrinkles to a square face, everything it has is on a small scale. It would not be justified if I ignore the affectionate behavior and playfulness of a Frenchie.

It is a lap dog and loves spending its day snuggling with its owner. Fortunately, it takes an edge over bulldog when it is about life expectancy and health conditions. The French bulldog is comparatively healthier.

English bulldog, with its large size, is an athlete. The agility is because of its long legs. That is why it prefers to lounge around and actively participates in different canine sports. The determined dog is reliable and loyal.  You will be surprised with its heroism toward its owner.

French bulldog, on the other hand, is slouchier and lazy.  The shorter legs and small body needs minimal exercise when it comes to releasing pent-up energy.  Take it for a short walk once a day and it is all done.

French bulldog genuinely loves kids and can keep them happy for hours with its amazing sense of humor. Unlike an English bulldog, Frenchie likes being home rather than playing or participating in canines sports.

All in all, bulldog and French bulldog come with mix traits of both breeds. They have different color combinations, weight, and sizes. Thus, both make great pets as they love their owners and are easy-to- groom and trait.