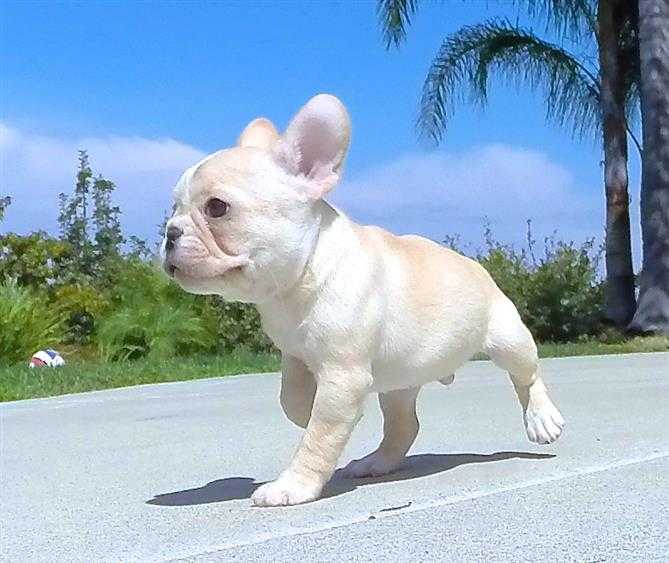 A true cream French bulldog has a slightly dull white shade. Although it is a solid color, it is slightly off white. The breed is recessive dilute of fawn breed line. The clear and shiny coat has no marking on the coat that complement perfectly black twitchy nose, eye rims, pigments, lips and paws.  Interestingly the cream French bulldog is born in pure white color, but it develops black edges on its rims and ears within 24 hours.

They have darker and dusky eye rims while white or pied ones develop black spots on the nose first.   Plus, white French bulldog has pink eye rim, but there is no pink pigment and ticking in cream French bulldog.

Why You Should Prefer Cream French Bulldogs

Besides that, mask less fawns and honeycomb pied breeds are mistaken for true cream. Although there is nothing wrong with buying these French bulldog puppies as they have stunning shades, they may show some health problems.

Removal of pigment and deafness are common issues in extremely white French bulldogs.  The breed removes pigment from their ears and face, often causing deafness. This lack of pigment in the inner part of the ear prevents proper functioning of a French bulldog’s ears.

Moreover, French bulldog with unpigmented skin is susceptible to skin cancer as compared to those which have more pigment. The defect is also very common in pied breeds with blue eyes. It is a genetic defect.