If you were thinking to bring a Frenchie puppy to your home, there’re many things you need to know. Owning a French bulldog is not an easy task at all. Whether we talk about their health or personality-they require a lot of attention. We all know they stand out from the crowd for their pointy ears. That’s why we decided to represent you with the best tips for keeping your French bulldog ears healthy. These tiny body parts need appropriate care as well. In order to avoid possible ear infections, you should be aware of the most common issues every dog owner faces. 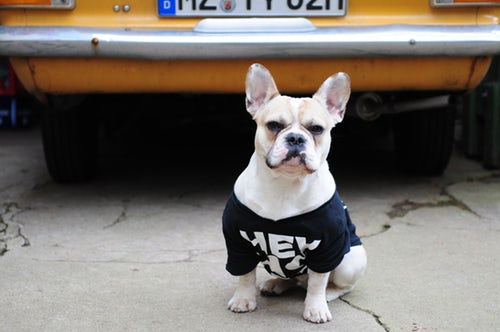 As we already mentioned, every French bulldog puppy has dropped ears after birth. Therefore, you shouldn’t be worried. Your French bulldog ears should become bat-looking in the next 2 months. Otherwise, if they somehow don’t get a pointed shape, it’s advisable to take it to the vet. He should teach you how to tape them properly.  It may sound awkward but taping will actually help a lot.  The taping shouldn’t last more than 5 days.

In order to avoid different health issues, French bulldog ears should be regularly cleaned. An alarming moment is when you smell an unpleasant odor from your dog’s ears. It’s already the sign of an infection that shouldn’t have happened. The following symptoms will tell you whether your Frenchie’s having an issue.

The biggest culprit for your Frenchie’s ear problems is not only the hygiene. They often happen due to their allergy tendencies.

Tips for cleaning your Frenchie’s ears

It’s advisable to use: