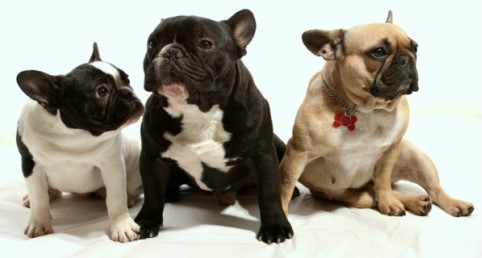 The price for French bulldogs varies from breeder to breeder.  It is very important that you buy your pet from reputed and reliable breeders. Never compromise on the quality, particularly if it is about poor breeding or health conditions.

You do not need to be worried if you do not know how to go about it. I have incorporated everything one needs to know about purchasing a French bulldog, such as:

You will not only explore the right French bulldog puppy’s price but also the factors that may affect the cost.

Why Frenchies are the most Purchased Breed?

Despite their small and compacts size, French bulldogs are the most purchased breed around the world.  It is their unique attitude, variety, a loving disposition that makes them stand out from the rest of breeds. There is no denying that the innocent and adorable look on their squishy faces make them irresistible.

I was surprised to know that regardless of a French bulldog’s cost people prefer to buy this breed more than any other breed. The breed topped AKC ranking several times from 2015 to 2017. Although French bulldog sighs, snorts, and grumbles a lot, it is one of those breeds that do not bark much.

Besides that, they are chilled out pets with incredibly excellent temperament, making them the ideal snuggle buddy. French bulldogs are extremely adaptable to whatever environment they are exposed to. They embrace new trends, new lifestyles, and habits happily.

Before I plunge into the details of how much French bulldogs cost, it will be helpful to quickly run through some fast facts about French bulldogs. By knowing them, you will be able to decide whether a dog or puppy is priced right not.

According AKC, the average French bulldog is:

Moreover, the companion dogs have the following characteristics:

The stated facts are enough to make us understand why this breed is popular. However, with popularity comes a price. If a breed is everyone’s favorite that does not necessarily mean that it is inexpensive or affordable. The point I want to raise here is whether it is a blue French bulldog or blue fawn French bulldog, the price greatly depends on various factors. Generally, French bulldogs are expensive.

What Factors affect the Price of French Bulldogs?

The cost of French bulldogs or French bulldogs puppies depends whether you are buying, rescuing or adopting them. How trendy are they? Or how scarce are they in your area?

Where are you Purchasing the Dog From?

This is one of the most important factors when it comes to buying French bulldogs or puppies. The place where you are getting your pet makes a lot of difference. For instance, if you are buying them from a breeder or a pet shop, you are likely to pay a higher price than a French bulldog adoption center or rescue center.

It is another significant factor that has an inevitable impact on ‘how much French bulldog puppies cost’. Seeing your favorite celebrities accompanying their little adorable Frenchies has become a common sight. Recently, celebrity owners such as Rock Johnson, Madonna, Reese Witherspoon, and Dwayne took their Frenchies to Vogue.

Thanks to them for displaying this gesture, but these acts make celebrity owners more like pet endorsers. In other words, these appearances increase the cost of French bulldogs considerably.

If you are looking for a French bulldog with some specific characteristics, the traits may cost you much.  These traits include certain size, markings, colors or rare features of a bulldog. These factors may influence a French bulldog’s cost.  For example, a blue fawn French dog is often pricier than an average sized French bulldog.  Blue French dog is rarer and has special traits. 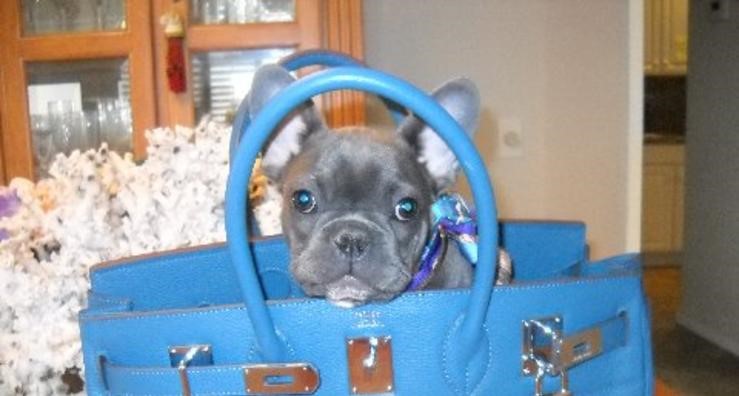 As mentioned earlier, buying a French bulldog from a pet shop or breeder may cost you a higher price.  The average price of a French bulldog or puppy falls between $1600 and $3500. It is possible that you have to pay more than this amount, depending on the aforementioned factors.

Your French bulldog may cost you $8000, particularly if you are buying it from a reputed and popular breeder. This price may be too high for some people. For me, it is worth it if you are getting a dog with an excellent care, health condition, and written guarantee.

Cheap is not always better

Do not feel victorious if you have got a French bulldog in lower than $1500. It is very important to be aware of unscrupulous breeders who offer a lower price than the market rate. Selling French bulldogs with hidden health conditions is not unusual for them. You should be vigilant about the health conditions of the puppy if you get it at a lower rate.

With that in mind, it is also important to consider that not all breeds are equally created. If you have been offered a cheap price, it is possible that the breeder is inexperienced or practicing lower-quality breeding methods. French bulldogs with hidden health issues have a higher rate of temperamental problems and poor behavior.

Overall, when it is about buying French bulldogs or puppies, it is not only the initial cost you need to consider. It is important to include the cost of veterinary care, dog nutrition, toys and other things like emergencies. Thus, I recommend that you always buy your pet from a reputable and trusted French bulldog breeder.