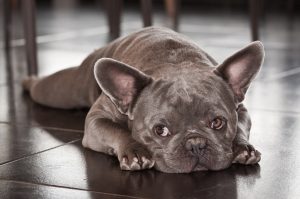 Widely known for its unique appearance and lovely nature, Mini French Bulldogs are stealing people’s hearts by storm. However, before a decision of buying a mini French Bulldog puppy, you need to know the following! If they’re not appropriately bred, they’ll have serious health issues in the future! In order to stop the trend of producing unhealthy dogs, we want to make people conscious of who those dogs are. You need to know all the pros and cons before getting a teacup French bulldog.

We all know that French Bulldogs, in general, have a predisposition of suffering from many ills. Despite this fact, Frenchies’ popularity grows day by day. Since they’re known as great companion dogs, French Bulldogs find their places in many homes. They take the 6th place in popularity in the USA, and the 1st in the UK.

The popularity of Miniature French Bulldog has rapidly grown when celebrities have been spotted with different miniature dog breeds. These pint-sized dogs not only look like ‘living Teddy-Bears’, but they also attract everyone’s attention.   When we talk about micro French bulldogs, they definitely possess all the characteristics of a regular-sized Frenchie.  These big dogs in small bodies are famous for their good companion characteristics and a wish to be involved in the family. Kids especially love them because they’re pretty playful buddies. You must admit it’s not such a common characteristic for other small dog breeds. Mini French Bulldogs are also great in housebreaking and act friendly with other dogs. Did we say enough? 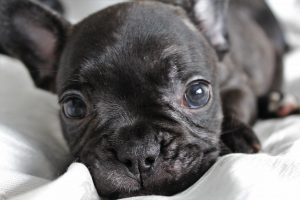 So, how do breeders make a Mini French Bulldog?

There are a few choices for making miniature French Bulldog puppies. In order to get the size of a miniature dog, breeders mate the smallest dogs from a litter. While some breeders get the desired size from the first try, others need a few more attempts.

Breeders use so-called ‘runts’(the smallest puppies) for breeding until they get the desired size. However, this kind of breeding always takes some risks. It often happens that such dogs suffer from serious health issues in the future. A much healthier option is to cross a ‘runt’ with another small dog breed. For ‘making’ a mini French Bulldog, it’s desirable to cross it with a breed with a long tail and muzzle.

Who are dwarf dogs?

Our advice is to always carefully buy a dog from a trusted breeder who’ll ensure you about the dog’s health. Lately, we are all witnesses of inappropriate dog breeding. Although such dogs are beautiful in appearance, their destiny is quite tough. Frenchies are not called ‘expensive dogs’ for no reason. Dog owners often need to spend a lot of money on keeping them in a good health condition. 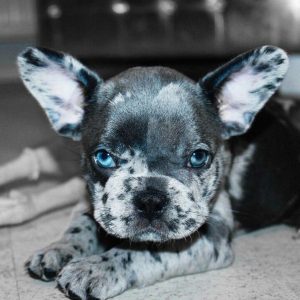 What health risks may have a mini French Bulldog?

Hip Dysplasia is also a very common health occurrence in Bulldog breeds. In this case, X-ray examination is the best solution for its discovering. Dogs with hip dysplasia should also get appropriate exercise and not to let them jump a lot. If you own a mini French Bulldog, then you’d be aware of its jumping from high surfaces. Given that it has sensible hips and spin, it can easily get hurt.

Well, a much healthier option is to mate Frenchies from ‘runts’. Many breeders offer miniature French bulldogs for sale, but only a few of them actually care about healthy way of breeding. As you can guess, a healthier puppy will have a higher price. The prices of such dogs usually range from 2,000 $- 20,000 $. The more unique it is- the more expensive it is.

It’s extremely important to consider the dog’s family genes before getting involved in breeding. Note that Mini French Bulldogs can also live a healthy life without having any issues.  Reputable breeders often spend more than 10 years for breeding such dogs. However, no matter how many efforts they make, it’s sad to mention that mini French Bulldogs suffer equally as regular-sized Frenchies.

Some of the most common issues are allergies, different spinal diseases, cancer, hip dysplasia, knee issues, and pododermatitis. The best advice will be to pay for a health insurance by choosing a miniature French Bulldog. No matter how these facts sound scary, the truth is that you’ll get an adorable family member. Many studies show that these tiny buddies can live up to 16 years if they get an appropriate care. A well-cared dog should have a well-balanced diet, training, and socialization. Keep in mind that a mini French Bulldog is a highly sociable creature that enjoys everyone’s attention. This big dog in a tiny body will not feel happy to stay alone for a long time.

Mini French bulldogs also require daily walks to prevent obesity. Well, we know that Frenchies, in general, are not such famous athletes, but a little bit of exercise is not a waste. 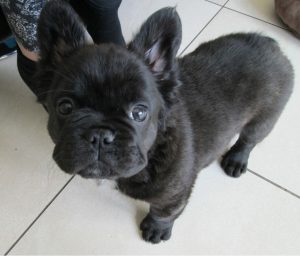 Does the AKC accept miniature bulldogs?

Since a mini French bulldog presents a hybrid dog breed, the AKC doesn’t consider it for a pure breed. However, other kennel clubs like the Designer Dogs Kennel Club accept these cuties.

Teacup French Bulldog’s behavior much depends on included breed combination. If they have poodles’, beagles’ or some other genes, then we can expect them having mixed characteristics.

We all know that Frenchies goes well with children, don’t require much exercise and love to play a lot. In other words, Frenchies are great dogs! The best time to socialize and to train is from a very young age. It happens that French Bulldogs often show stubbornness if fall under someone’s shadow in the family. Don’t put them to another place and always provide them with plenty of love and play. Having a dog is like having a child, so you’d better be aware of that!

Meet the fuzziest mini Frenchie you’ll ever see! Meet the adorable French Boodle! If you cross a French Bulldog with a toy or miniature poodle, you’ll get the craziest combination ever. Your French Boodle will pretty much take the poodle’s playful spirit and friendly Frenchie’s character. Although it isn’t a member of the AKC, French Boodle’s origins go back to the 19th century.

Well, we all know that people often mix pugs with French Bulldogs. However, pugs have a slightly different appearance and character. Training a Frug dog can go a bit slowly due to his stubbornness, so the best time for training is to start from a very young age. On the other hand, this mix of a mini French Bulldog and a Pug shows a lot of affection both to kids and other dogs. They’re capable to learn tricks since they enjoy owner’s company. So, what are you waiting for? These playful and easygoing fellows love slow daily walks which makes them being great companions. 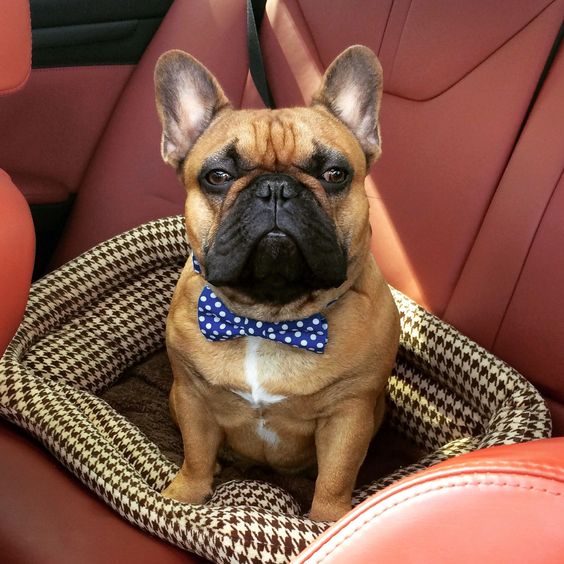 This hybrid dog breed is one of our favorites. Dog breeders make a French Pomerdog by crossing a miniature French Bulldog with a Pomeranian dog breed. Since Pomeranians don’t have issues with breathing, this designer dog is a much healthier version of French Bulldog mixes. By crossing these two breeds, mini French Bulldog gets a longer muzzle and wonderful fuzzy bat ears. 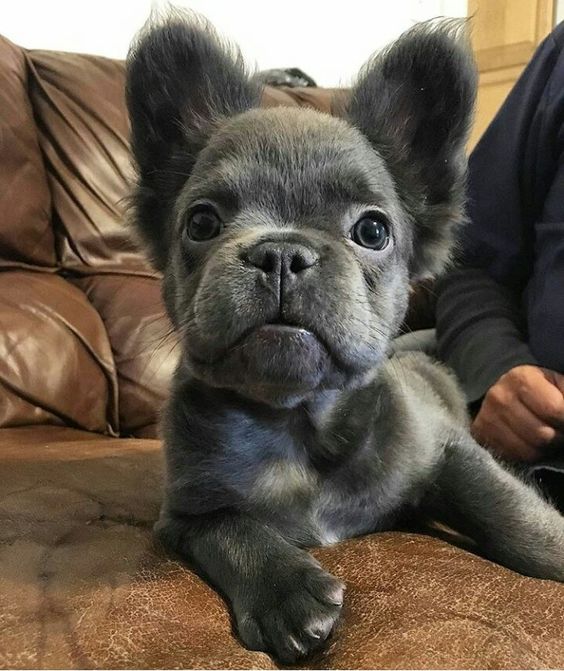 French Bobulldog is definitely one of the most beautiful matches you’ll ever see. Unlike other crossbreeds, Bobulldogs tend to live 1 year longer than other mini French Bulldog mixes. Thanks to its Boston Terrier genes, this cute energy ball never gets tired. Boston Terrier’s muscular body and French Bulldog’s friendly nature definitely makes a perfect mix. 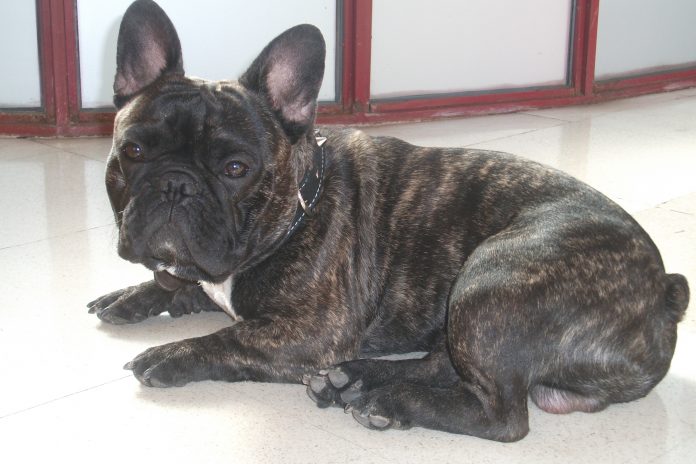 As a final point, mini French Bulldogs are wonderful cuddly packages that can live a healthy long life if properly bred. We wish luck to all those reputable dog breeders who are still fighting against inappropriate ways of breeding. By producing healthy designer dogs, we can prevent many dogs from the suffering of certain ills. No dog deserves to live a difficult life in order for someone to make money!