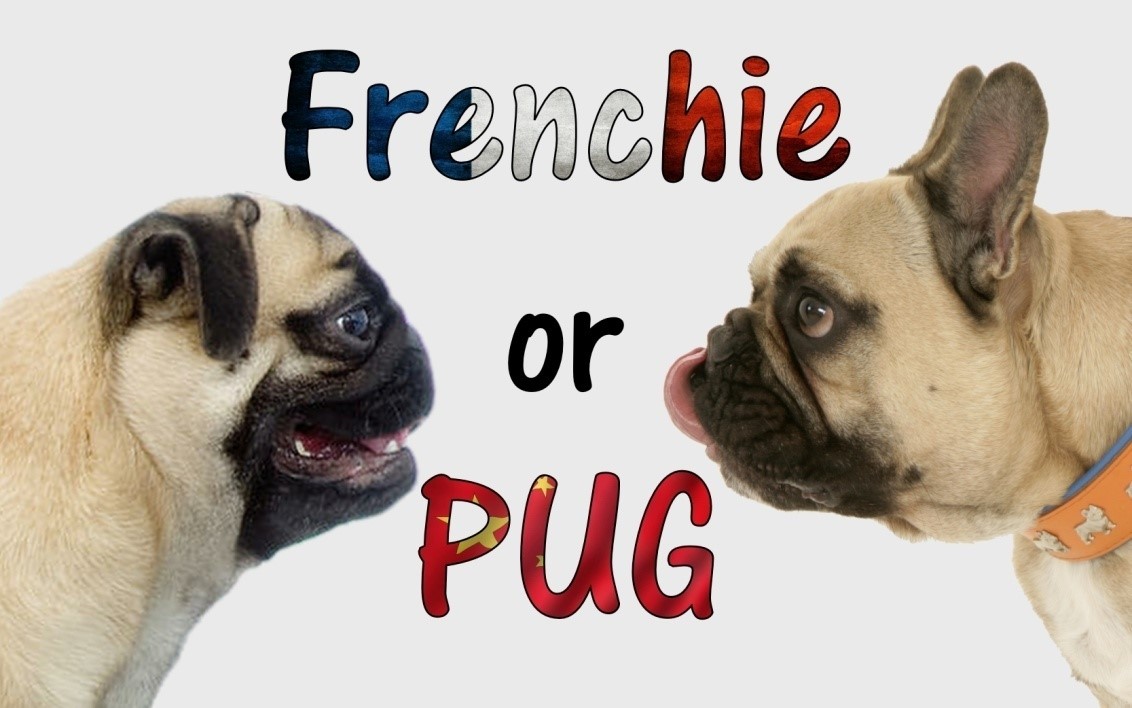 For many people, distinguishing between Pugs and French dogs is often very difficult. The reasons are various identical attributes such as physical appearance and behavior of both the breeds.  In my opinion, it is always better to find out as much as you can about a dog’s breed before you bring it home.

Personally, I am an owner of a French dog and a pug and I call them poppy and Fresco.  Although it took me longer to find out about both dogs’ breeds, it helped me a lot when I was training my pets.  Here are the details I learned about both these breeds.

The French bulldog is a successor of Molossians- a Greek tribe. Until 1830, French bulldogs were famous for blood sports and Molossians would use them as attackers in the battlefield. French bull dog’s first breed originated when local French ratters were crossed with English bulldogs.

Unlike the French bulldog’s history, Pugs have a royal background. They were first bred in China and royal people used them as presents. The breed immigrated to Europe in the 16 century, and soon become the royal’s favorite such as Queen Victoria and House of Stuart.

The easy-going personalities and adaptable natures were the convincing reasons I chose these breeds as my pets. Both the dogs have compact size that makes them extremely suitable for people like me who live in a small apartment. They are friendly and comfortable indoors.

Both Pugs and French bulldogs do not bark much so you will not have any complaints from your neighbors. They love spending time with people and are also polite with other pets. However, when it comes to adaptability, French bulldog gets quickly acquainted with its new environment, but Pug takes longer to adapt to a new atmosphere.

Training Puppy has been much easier than training Fresco.  This is because my French bulldog is not as challenging to train, although it gets boring if you repeat the same training activities with it. So for Poppy, my short sessions with a variety of training activities work much better.

Fresco, on the other hand, tests my patience a lot. I spend more time training it with its independent and stubborn behavior. It is better to train your dog during the first six months, especially if you own a Pug.  You can also seek the help of a professional trainer if you feel you cannot control your dog.

Grooming is the most distinguishing feature of French bulldogs and Pugs.  French bulldogs shed moderately that saves me whole lot of time to brush it.  In contrast, Pugs shed frequently and need daily brushing.  If you are not habitual of dog’s hair all over your place, Pug is not the right pet for you.