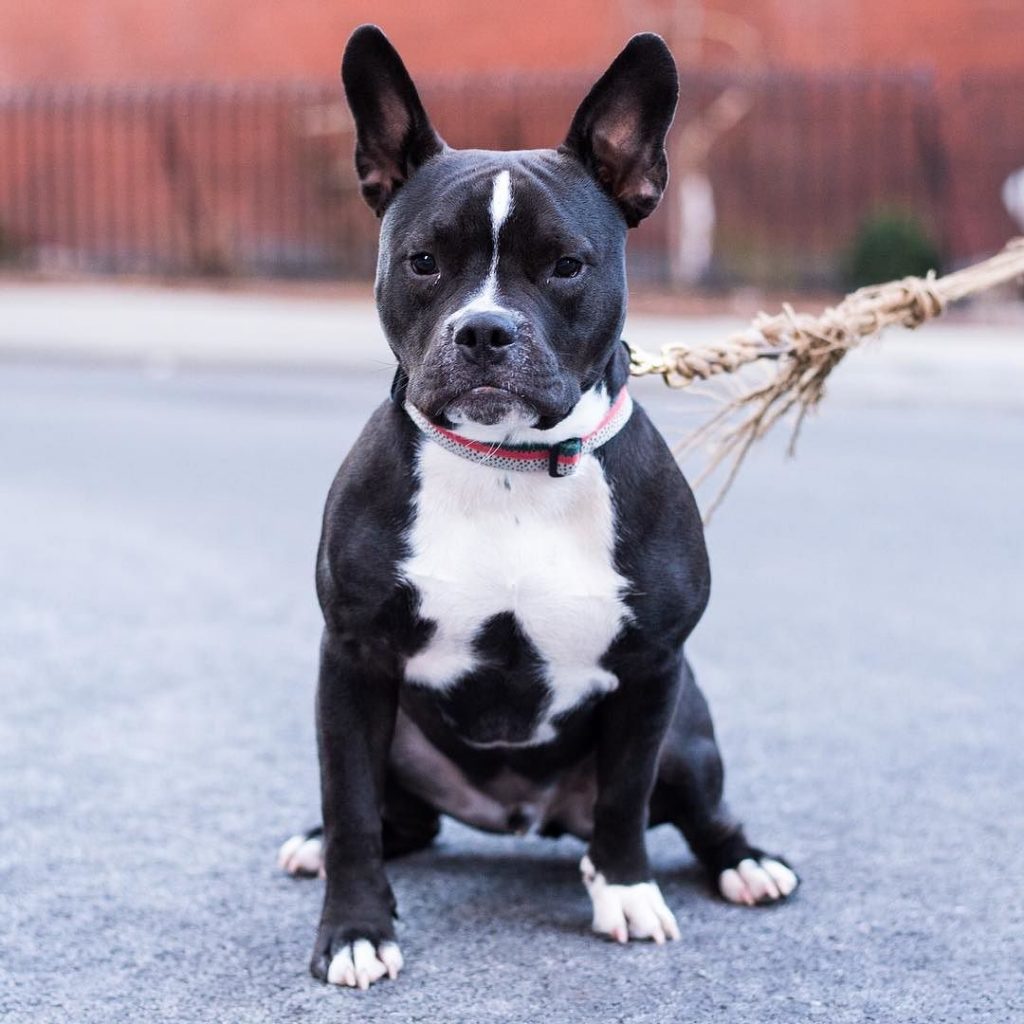 The sweet-natured Pitbull is seeing a resurgence in popularity as more people become educated about these wonderful dogs. For so many years they had a reputation that they did not deserve. Today, the French Bulldog Pitbull mix is going to be an excellent addition to your home, especially if you have children.

The appearance of the French Bulldog Pitbull mix

With a stocky chest, muscular legs and body, the Pitbull also often has a large blocky head. Combined with the shorter stature of the Frenchie, you’ll often get a smaller version of the Pitbull with many of the facial characteristics of the French Bulldog. The maximum weight for a healthy male Pitbull shouldn’t exceed 65lbs, which is double the maximum weight for the Frenchie. While you won’t get a small petite mix, when you have a French Bulldog Pitbull mix you’ll typically get a dog that weighs between 30 and 40lbs.

The coat of this mix could range in colors, offering choices from either breed. Brindle, tan, white, or multi-colored. The coat itself is going to be short in length, and fairly easy to maintain with regular brushing.

The personality of the Frenchie Pitbull mix

If there is one truth about them, it’s that Pitbulls love children. They are loyal to their family, in all possible ways. Combined with the devotion to their family that Frenchies have and you have the potential for a family dog that is going to be the best dog to have around when you are raising your children. Both breeds are sweet, affectional, and really playful. This means that you’ll often find yourself standing outside in your yard or at the park throwing a ball for your happy and energetic dog.

With a high energy dog that is going to be pretty muscular you need to ensure that you have the best in training. You’ll find it fairly easy to work with your Frenchie mixed breed dog. Not only will your dog be really intelligent and eager to learn new things, he’s going to be really happy to be spending time with you. Keeping his training consistent and positively reinforced will help to forge that bond of trust that is an essential part of living with such a wonderful dog that can also be somewhat sensitive.

Should you worry about the part Pitbull?

Absolutely not. Remember that this breed of dog has been greatly abused and misunderstood for so many years. People who abused the trusting nature of the dogs and forced them into aggressive positions were instilling fear and pain into the dogs. This is not what the Pitbull wants from life, at all. In fact, many of the dogs that have been successfully rescued and rehabilitated show their families just how sweet-natured they are almost immediately. This is a highly intelligent dog that is going to want nothing more than to spend time with his family. Be sure that you and each member of the family, including your French Bulldog Pitbull mix, get lots of training and socialization.